This unique space has survived as home to several businesses throughout the years since 1893. Park Plaza was originally constructed for the Southern Railway. However, after only 5 years, the building was converted & opened to patrons as “Hotel Plaza.” By the early 1930’s, the appropriately named “Triangle Grill” was added to the Hotel. In 1964, this diner was frequented by the infamous union boss, Jimmy Hoffa. Hoffa enjoyed a Porterhouse Steak here every day while on trial for attempted bribery & aiding organized crime.

As the city grew, the Triangle Grill closed in 1979 & reopened as one of the original locations of the controversial religious group and restaurant, the “Yellow Deli.” While drinking the Kool-Aid was never really our style, we have them to thank for the prominence of brick, stone, barn board & stained glass that is part of our charm. The Yellow Deli’s stay in this building was brief, & once they’d moved on, the Pickle Barrel’s era began.

Since 1982, the Pickle Barrel has hosted a great many friends & still stands as a dynamic center of activity for the famous & infamous alike. 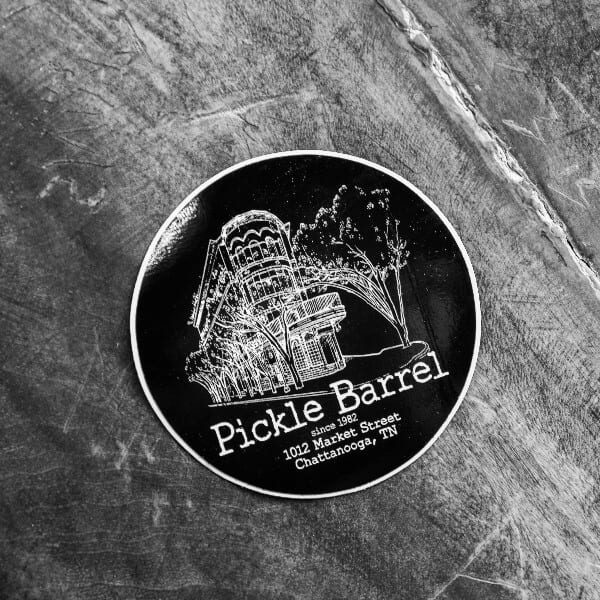 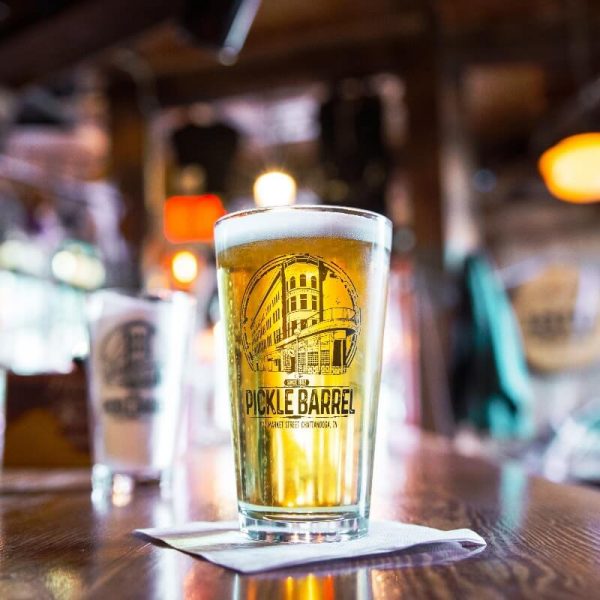 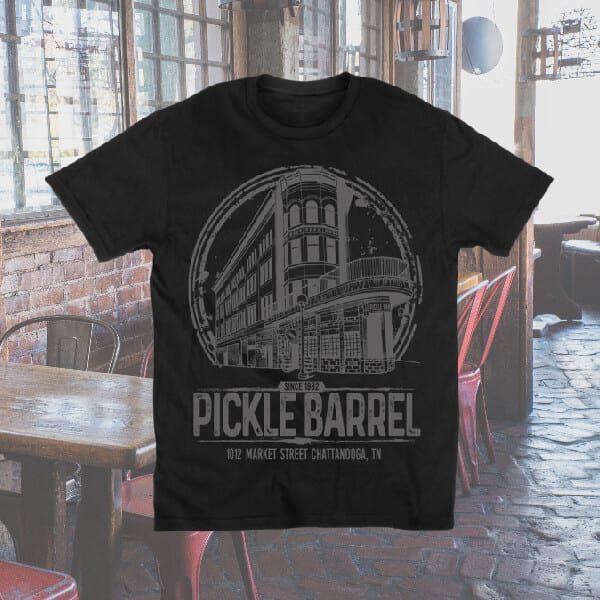 Available for purchase at the Pickle Barrel.

AT ALL TIMES. ALSO, PLEASE BE AWARE THAT OUR HOURS HAVE CHANGED.